What comes to mind when you think about the words writing and space? Maybe you think of the place where you typically write, be it an office, a kitchen table, a coffee shop, or even during an hour-long commute on public transit. Maybe you think of that 100,000-word Q/Picard slash fic you wrote but never posted.

Neither of those things is what I’m going to be talking about today (sorry, shippers). Rather, I’m talking about how writing itself is inherently spatial, and what that means for writing practices.

In her 1996 book Writing Technologies, researcher Christina Haas wrote that “…writing is language made material” (p. 3). Material in this context just means that it takes up space in the world. If you write something down, it exists in the world in a concrete way, even if you write it on a screen. The words I’m writing now in this draft in Microsoft word currently take up a roughly 2-inch by 5-inch space on my laptop screen. To put it in slightly fancier terms, researchers Thierry Olive and Jean-Paul Passerault called this material existence a visuo-spatial trace.

There are a number of differences between reading and writing on a screen and reading and writing on paper. The one that interests me the most is the dimensionality of screens vs. paper. Screens present two dimensions—vertical and horizontal—and require scrolling if you surpass whatever the limits of those two dimensions are. On the other hand, printed works essentially exist in three dimensions, not because paper is especially t h i c c, but because it stacks rather than scrolls. Here’s an illustration from a job talk I gave back in 2018.

Now, I’m not here to tell you all about how screens are ruining reading and writing practices and gripe about the kids these days and to holler at you to get off my lawn. Absolutely not.

First of all, relationships between writing and technologies are more complex than that. And second of all, complaining about the kids these days with their newfangled reading and writing tech is about as old as writing is. If you think you’re mad about new writing tech, go read some Plato. In the Gorgias, he writes his mentor Socrates as the OG Chronicle of Higher Ed columnist here to complain about new writing tech—except he’s complaining about writing itself.

ANYWAY. [Steps down from soap box.] Why should you care? Well, because while technology isn’t all-powerful, it’s not transparent either. It can and does impact writing practices.

Take for example a study from Writing Technology. In the study—which was conducted before 1996, mind you—writers were asked about the tools they used for their writing, and many of them reported that they did all of their writing on computers. Except, when it came time to review and revise their manuscripts, many of these same writers printed out their manuscripts for this stage of the writing process.

When asked about why they printed out their manuscripts to revise, many of them reported having a better “sense of the text,” or text sense, as Christina Haas came to call it, with the printed version. Haas explains that “text sense is a mental representation of the structure and meaning of a writer’s own text,” (p. 118). In a way, the writers found that they could know their own writing better when it was printed in three dimensions rather than when they were scrolling through it in two.

Now, this study was discussed in a book published in 1996, which means that the study itself was likely conducted in the late 80s or early 90s. Many writing technologies look vastly different now than they did then. But—I, too, like these writers, often print out drafts of my writing when it comes time to revise, especially writing that is longer or that deals with more abstract concepts. When I’m writing longer fiction, I’ll sometimes print out to revise; when I’m writing academic articles, I always print out to revise. Even in 2019.

Get Off My Lawn! Just Kidding

Again, I’m not here to yell at the kids for using their mobile phones to read and write. I think it’s pretty great, actually. I’m just trying to spread the good word about what writing researchers know about how writing works. For one, I just think it’s cool stuff. And for two, the more you know about what you do, the more tools you have to try different things when you get stuck.

So what are your processes like? Do you write everything on the computer? …Do you? Do you write first drafts by hand? Did you write that 100,000-word Q/Picard fic on your phone? Let me know in the comments! 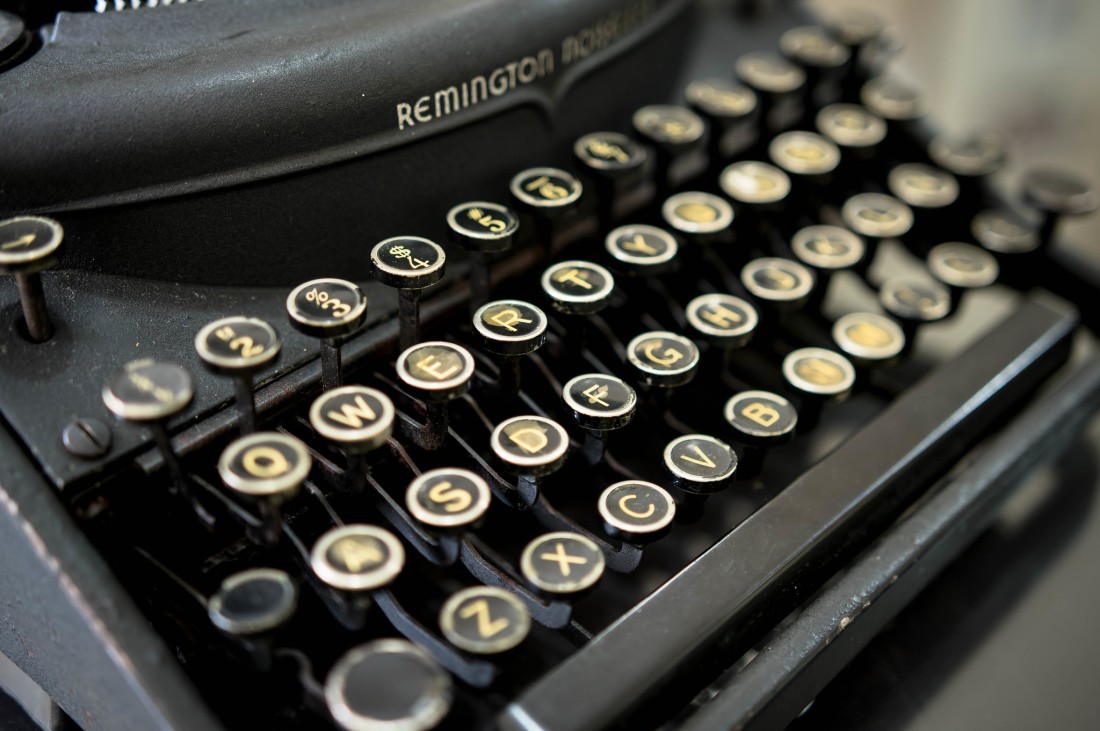 Me? My favorite mythological creature is technology.

I’m kidding, of course, but the myths surrounding technology are almost as big and pervasive as the myths surrounding unicorns and chimeras and dragons—maybe even bigger. These myths pervade everyday discourse around technology, and especially around communication technologies. They may even seep into our beliefs about writing technologies. They may seem harmless, but if we cling too tightly to these myths, they may impact our writing practices in ways that aren’t so great.

And that’s why I’m here to BUST THOSE MYTHS because bustin’ makes me feel good.

Both of these myths are discussed in the 1996 book by Christina Haas called Writing Technology. Pick it up for a much more detailed busting of these myths—including actual empirical research! But for now, without further ado, let’s bust some myths!

The myth that technology is transparent may not seem pervasive in a culture that just loves to whine about how the kids can’t write because they’re always twittering on their beep-boopers, using textspeak and emojis in their school paper.

And yet, this myth does still operate in wider cultural beliefs about technology today. This myth says that it doesn’t really matter whether I use a notebook and pen or a computer to write—it won’t really impact my writing practice that much, except maybe to make my writing faster and more efficient.

But anyone who’s tried to have a complex conversation on Twitter knows that writing technologies are not transparent—that they do, in fact, impact writing practices. Different writers have approached Twitter’s 280-character limit in different ways, but no matter the workaround, the limits of the platform do impact how writers work. And I want to say here that I’m not saying that you can’t have complex conversations or talk about complicated subjects on Twitter; I’m saying that it impacts both how you say what you say and the way in which you go about saying it.

The other major myth surrounding technology may seem at first blush to be the polar opposite of myth number one, but in fact it’s deeply linked to it. Any time you’ve heard a technology called revolutionary, or heard someone say (or said yourself) that such-and-such a technology is going to drastically change how we do X, you’re operating under this myth.

Christina Haas explains the myth’s relationship to writing and literacy in this way: “New technologies for literacy are such a powerful force that simply introducing them to writers will change literary acts in the most profound of ways. […] This myth imbues computer technology with a number of qualities, among them that computers are unique and that they are active, independent agents of change,” (p. 35).

Haas wasn’t saying that technology doesn’t have impacts on the ways we write; in fact, her whole book was about some ways in which writing technologies do impact the ways we write. But the big issue with this myth is that it assigns too much agency to the technology itself—it sees the technology as deterministic, rather than as something created by people and therefore imbued with cultural attitudes and beliefs.

Even the example used in the first myth—that my computer is such a powerful piece of writing technology that it will increase the speed with which I produce writing—is bound up in attitudes about speed, production, and efficiency. It assumes those are good things when it comes to writing—that I want to write faster, that I want to write more; that these are inherently good things, and that there is no downside to producing more writing faster.

If you’re struggling to see how producing more writing faster could be a bad thing, that’s because those are deeply, deeply embedded cultural values. But writing more and faster may not actually be the best thing. Sometimes creative endeavors take time, and that’s that. Trying to rush through them with faster, “more efficient” tech may not actually make for better writing.

These myths are everywhere.

These myths about technology—specifically as they are applied to writing—are everywhere in our culture! I can think of several examples, mostly surrounding hopes or fears for student writing, but I want to hear from you. What examples of these myths have you seen? Have you perhaps said yourself? Let me know in the comments below!